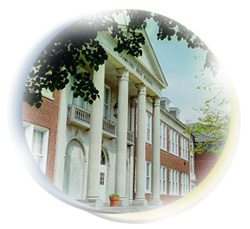 I just had to share this unbelievable classmate encounter with you! This is not quite
verbatim, but here we go...

Yesterday, I received an email from Jackie Coleman CHS 63.

Jackie and her husband Bill, now residing in the Charleston, SC area, just returned home from their vacation. They flew to St. Thomas to take a 6 day windjammer cruise that stopped at various islands. The sailing vessel accommodated 90 passengers. Soon after setting sail it was announced that a "scavenger hunt" would take place on board in a few days and passengers, who are interested, should begin to recruit their teams. Jackie designated Bill to be their team leader!

The vessel docked and some of the passengers boarded sightseeing buses to tour the island. Bill asked the lady sitting next to him if she would be interested in joining their "scavenger hunt" team. She replied "Yes, can my husband also join? He is scuba diving right now." Bill said "Sure."

The next day or so, the teams were asked to get together to "hash things out." Sitting in a circle someone started their discussion with the "where are you from" thing. Jackie said "My husband and I are from the Charleston, SC area, however, we grew up in NJ." The lady who Bill recruited on the bus, replied "My husband is from NJ." Her husband continued... "I'm from Cranford." Jackie, very surprised, said "So am I." The lady's husband said "I graduated CHS." Jackie replied "So did I."

During their reunion, they talked about our October class reunion. Jackie had a photo taken of them for proof of this one in a million encounter. If it wasn't for the "scavenger hunt," would they have ever met or just been on board the same yacht for six days?